Frequency plays a vital role in musical instruments. However, a human can’t hear all ranges of frequency of sound. The frequency range that humans can listen to is from 20HZ to 20kHz. And it is divided into 3 categories – Bass, Mid, and Treble/High.

There are differences between these two ends of this spectrum range. Let’s check out the comparison between bass vs treble in today’s article.

The In-Depth Treble Vs Bass Comparison

Before going any further, check out the comparison chart at a glance:

Bass refers to the tone of low frequency ranging from 16Hz-256Hz as well as a low pitch. Pitch depends on a frequency scale that indicates the possibilities of the sound being high or less to differentiate it from noise.

Bass has a different category of instruments which coats the music roles and makes it more melodious. As generating low pitch requires string, instruments, and a large gappy body, all of those instruments are known as the largest in a music class.

Treble is known as the highest frequencies of sound ranging from 6 kHz-20 kHz, which a human being can hear. If you turn up the treble while listening to the radio or your favorite show, it will help you to listen more clearly.

Treble can surely make a difference when it is written or transferred through voice. For instance, a treble note clef can represent a soprano, or sometimes it may indicate other instruments: piccolo flute.

How to Balance Bass and Treble?

Do you want to find out what is mainly required for your audio among bass and treble? At first, you have to explore the track based on balance rather than frequency. Most importantly, treble should be higher than bass, which will result in the audio track by eliminating low-end rumble, frequency muddiness, and vocal problems.

Firstly, low-end rumble is a common problem when the bass is higher than the treble meaning the frequency below 440 Hz. A music artist should be careful about how he equalizes the track as a single added thing can flop the whole song. That’s why there is an option in every sound equalizer below 30 Hz, which makes the sound data cleaner for the listener below 30 HZ.

Again, the balance of Kick and bass should be focused. Increasing any of these two with an equalizer will result in the extra frequency from the low-end and disturb the whole equalization system of the whole song. So, you should thoroughly check every digit on the equalizer to make sure about bass and kick otherwise you will not get your expected result.

There is an easy way to balance kick and bass. And that’s by VU (Volume Unit) meter, which displays the value of root mean square (RMS). Firstly, solo your kick and open the VU meter. Adjust it to -3db by kicking.

Once it’s fixed, then add the bass element to the equation. Now, adjust the level of kick and bass and make the VU meter to 0db. This will work because the intensity will increase with every 3db. You should keep in mind that VU meters were actually designed for the analog world. As a result, the numbers don’t refer to the same information compared to a digital peak meter.

Lastly, disturbances in the frequency spectrum between 400-800Hz cause muddiness of sound. This is because of the higher bass used in the audio track. This mid-frequency range is known as noise part or sometimes as robotic sound if the artist does not properly maintain it. In some instruments, such as the piano, it is known as the life region.

The best bass and treble settings for a TV should be between 45 – 55 percent. The treble should always be around 55% and the bass around 45%. This combined frequency range will result in a good sound to hear.

Bass clef is usually known as F clef, which refers to lower sounding notes played by the left hand. On the other side, the treble clef is known as G clef, which means a higher-sounding note played with the right hand.

The combination of these two clefs is known as grand staff. Here every symbol G and F is clef. So the main difference in the sound notes is the music notation describing the composer what to play and how long to play.

The control mainly indicates the technical details of the sound system. Bass and Treble is a two-band equalizer. The bass control is a low-shelf filter that comes with a half gain frequency of 250 Hz. And treble control is a high-shelf filter with a frequency of 4,000 Hz. It also has a circuit system with a combination of many components: Potentiometer, resistor, Ceramic capacitor, wires.

At first, you have to set bass above +6db. The bass should lie between 0db and +6db. Then, coming to fix the mid, it should go slightly below 0db. Make sure that you set the mids where exactly the bass was adjusted.

Last of all, highs must be modified lower than upper mids. Coming to this point, you can get your expected sound system which will be full of harmonious and melodious chords of rhythm.

Did you get a clear idea about the difference between bass vs treble? Bass is the lower end of the audible sound, having a frequency range of16 Hz-256 Hz, whereas treble is the highest, not more than 16000 Hz.

Mid covers the audible spectrum from 250 Hz-4000 Hz, including the instruments such as guitar and flute. 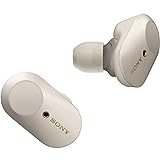 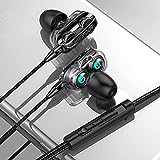 AndroidRecommends is your news, review website. We provide you with the latest product review and news. We also run an affiliate advertising program that means the site earns an ads fee.